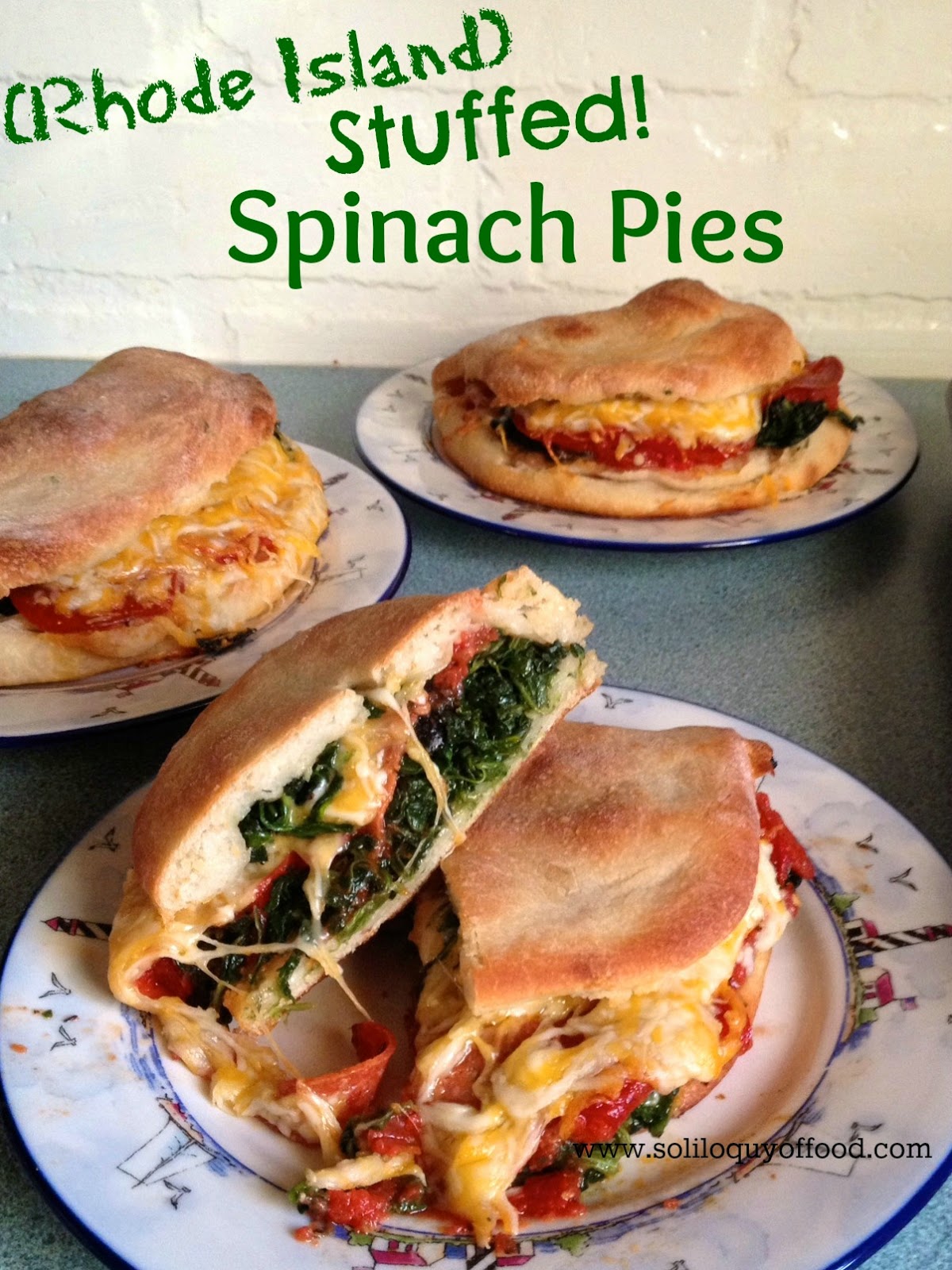 So....Things are a little crazy lately.  Haven't I been saying this over and over again, like a scene from Groundhog Day?  After much (much) searching...and many miles traveled...and many (many) hours spent preoccupied, an opportunity came about for Sean & I.  We are going to ALASKA for the summer; we have a job lined up and are extremely excited!  Alaska has been on our bucket list for many years.  We have purchased a 38 foot motor home, and just downsized & shuffled all of our belongings into it.  The plan is to head south - down the East Coast, then northwest to our destination.  We are just about ready to go......except Mother Nature has other plans.....doesn't she know Spring is only days away?

All that being said, combined with several (many - I've lost my mojo!!) food fails, has left me pretty engaged.  I've put together a Gluten Free roundup to hold you over (until I can get my act together)!  Weather you avoid gluten for medical reasons, or just for healthy living, I think you'll enjoy the following posts.  **Please note, some original recipes will have to be altered slightly as noted below.

Healthy And Delicious Bran Muffins With Raisins And Crushed Pineapple

Healthy, moist and delicious bran muffin with raisins and crushed pineapple is what we're making today.  Bran muffins have a bad reputation; one thinks of dense, heavy, cardboard-tasting baked globs.  Not the case with these babies!  They are delicious, and, how should I say this?......they will keep you in check......and when I say you, I mean, um.....,your digestive system. 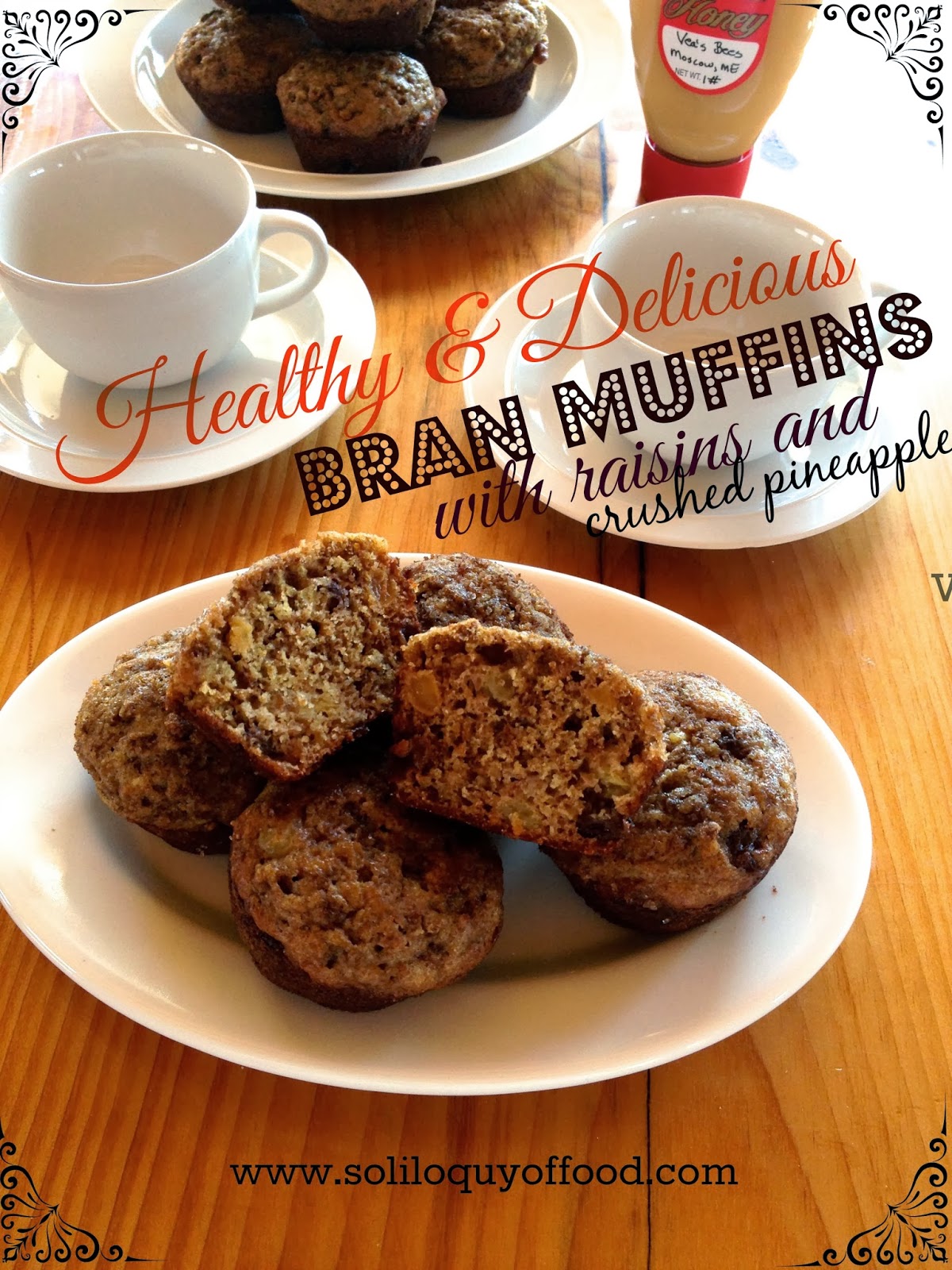 They are made using All Bran Original cereal, All Bran Buds cereal, a mix of whole wheat and white unbleached flour, and sugar.  The buttermilk, crushed pineapple, egg beaters, oil, and raisins help round out these muffins; their moist and deliciously sweetened consistency will knock your socks off - they have the best crumb! 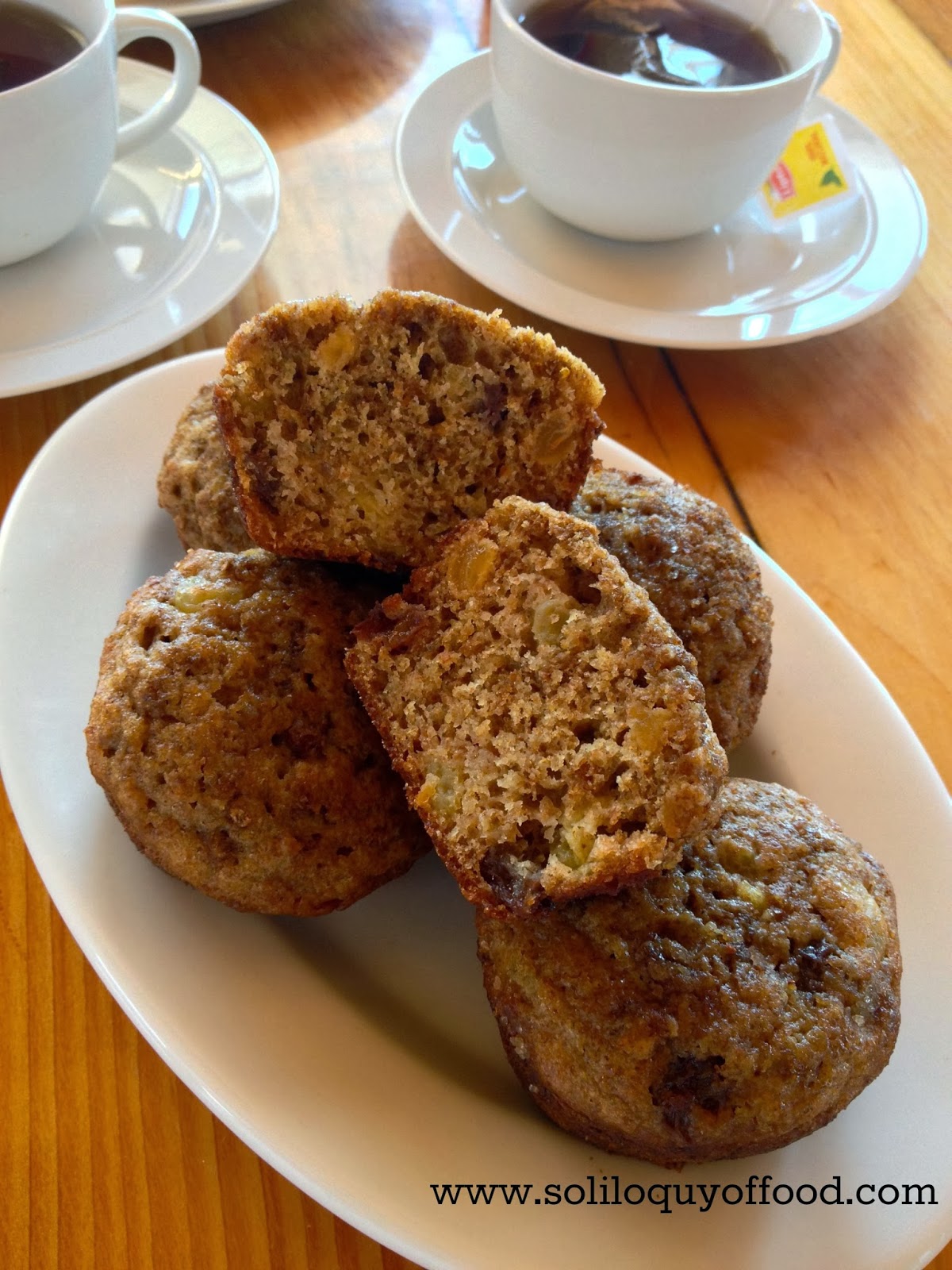 The full recipe will yield a whopping 56 muffins, at 1/4 cup of batter per muffin.  The batter can be stored in the refrigerator for up to 3 weeks, or the muffins can be baked, cooled, then frozen.  If prepared this size, the muffins are only about 150 calories, 4 grams of fat, and 2.5 grams of fiber each.  The muffins shown are made using 1/2 of batter per muffin.....and another smidge of sugar atop.....no judgy! 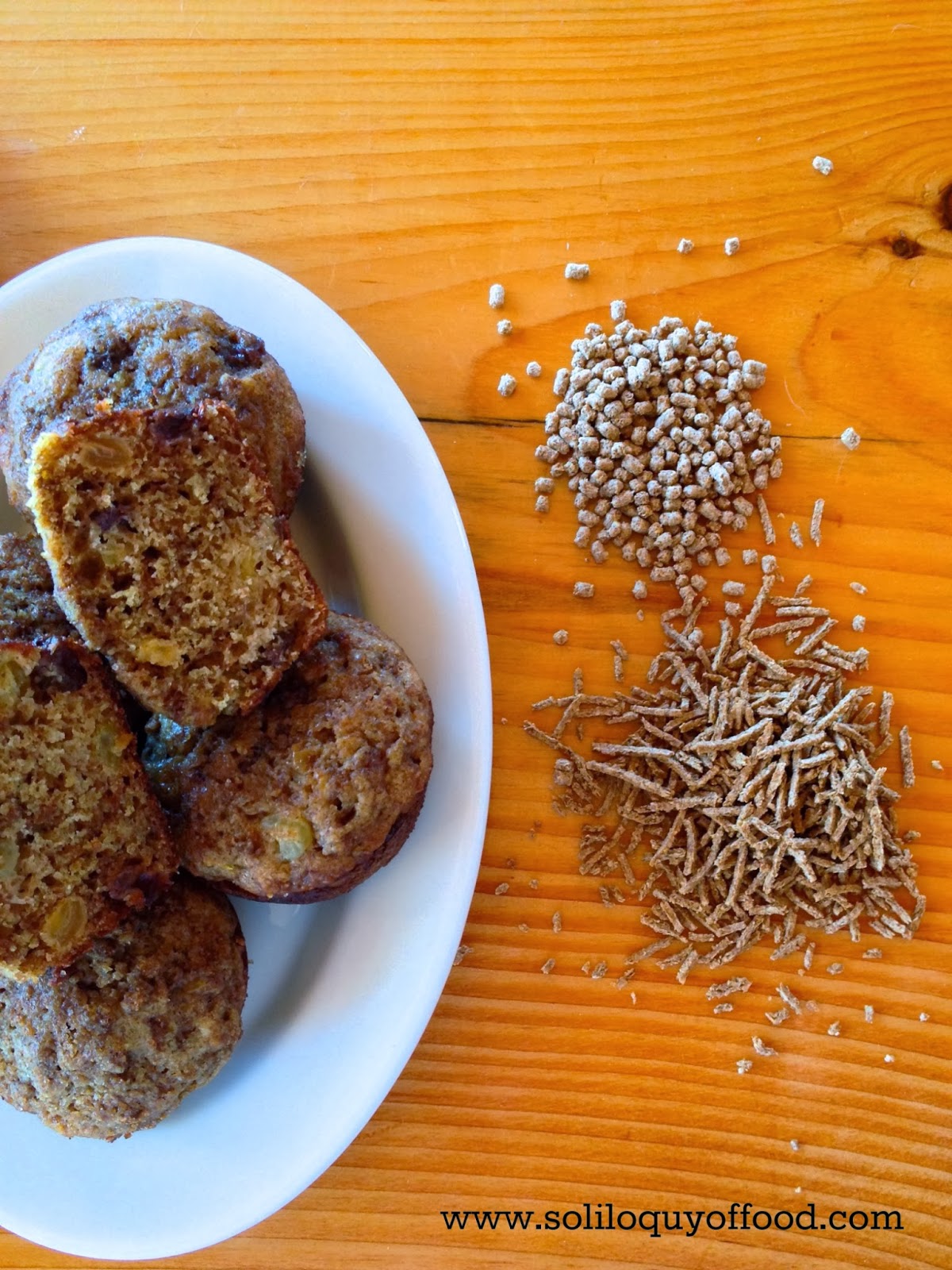 Although the National Colon Health Association should endorse these muffins, the recipe was actually from the Academy of Nutrition and Dietetics - they are diabetes friendly.  They taste so good, nobody would ever guess they are good for you, too!
Print THIS Recipe
Healthy & Delicious Bran Muffins with Raisins and Crushed Pineapple
adapted from the Academy of Nutrition and Dietetics (Refrigerator Bran Muffins)
makes 56 muffins (1/4 cup batter per muffin)
2 cups All Bran Cereal (original)
2 cups boiling water
1 cup egg substitute (equal to 4 eggs)
4 cups low fat buttermilk
2 1/2 cups sugar
1 cup vegetable oil
3 cups whole wheat flour
2 cups unbleached flour
5 tsp baking soda
1 1/4 tsp salt (optional)
1 cup raisins
1 cup golden raisins
1 cup crushed pineapple with juice (scooped from the can with out draining)
4 cups All Bran Buds
a few pinches of sugar (optional)
In a small bowl pour the boiling water over the 2 cups of All Bran, let sit a few minutes until softened.  In another small bowl combine whole wheat flour, unbleached flour, baking soda, and salt - set aside.  In a large bowl mix egg beaters, buttermilk, sugar, oil, and crushed pineapple.  Add the softened All Bran to the egg mixture, then add in dry ingredients - mix until just moistened - do not over mix.  Fold in the raisins and All Bran Buds.
Batter can be mixed ahead and stored, covered, in the refrigerator for up to three weeks.
When ready to bake:  Preheat oven to 375 degrees.  Measure out 1/4 cup of batter into a muffin tin either sprayed with non-stick spray or lines with cupcake papers. Sprinkle each top with just a hint of sugar (optional).  Bake for 15 minutes - 20 minutes if using refrigerated batter.  Cool in the muffin pans for 5 minutes, then remove to a wire rack to finish cooling.


Please visit my LINK PARTY page to see where I have shared this post.

Sunbutter Apple Sailboats:  The first recipe I ever made, except they were called "Christopher Columbus Ships".  This was many, many years ago when I attended kindergarten....back when Pluto was a planet, when Columbus, indisputably, discovered America, when you had to get up to change the TV channel, and when you thought you were bad-ass for having a 14 pound, touch-tone, cordless phone. 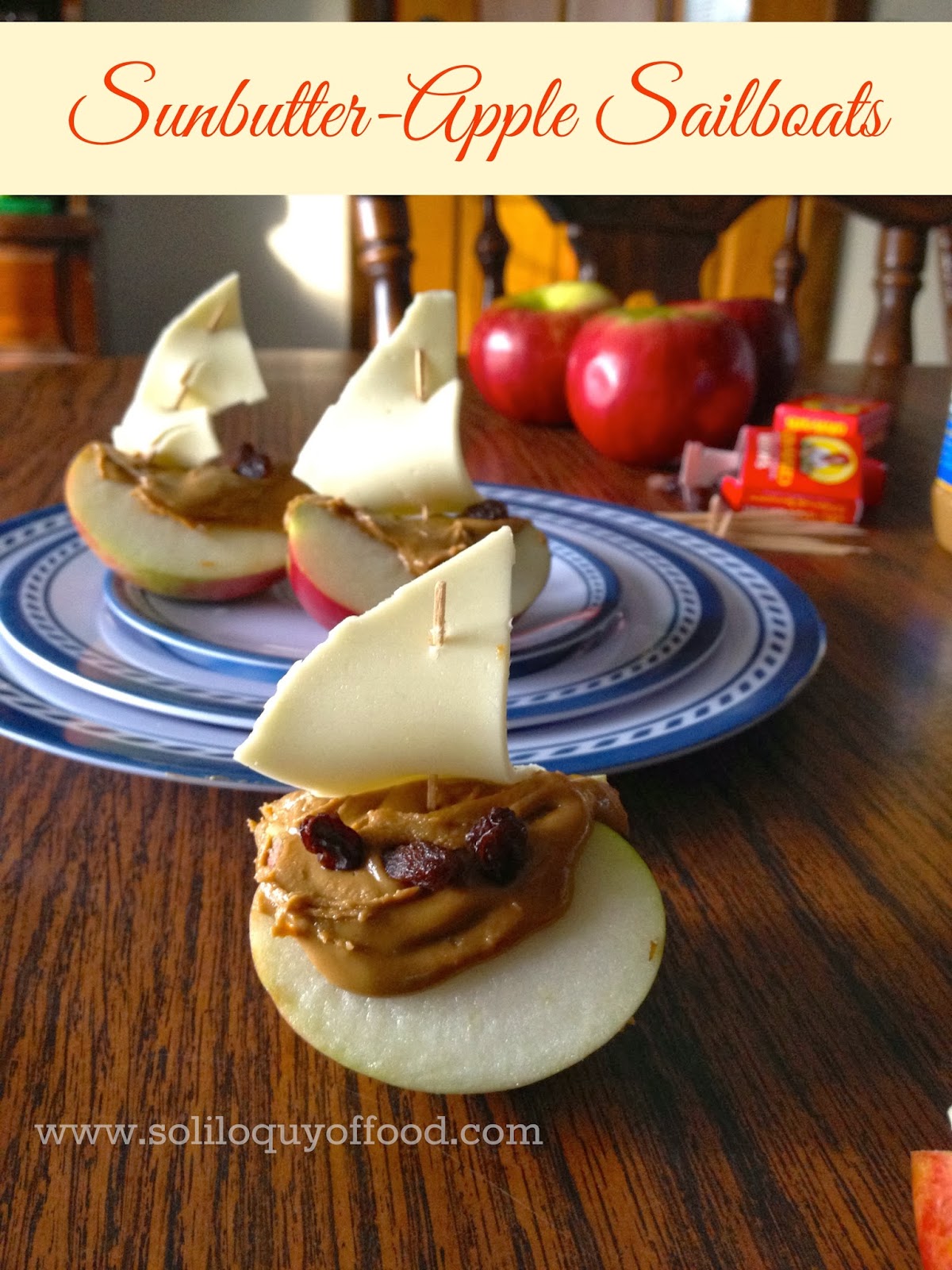 That's right, the year was 1981:  Ronald Reagan became President, Lady Diana married Prince Charles, the PostIt note was invented, and a young Kimmy V. was introduced to this culinary treat.  It obviously stuck with me - 32 years later I am still making these.
Read more »
Posted by Unknown at 8:00 AM 9 comments: