I decided to start a new thing here at Soliloquy:  Friday's Finds.  Since my kitchen is boxed up and sitting in a storage facility and since my furnished rental is very limited on kitchen tools, I am not experimenting much with new recipes.  Oh, and how I do love to try new things....what's a gurl ta' do?!

I will be sharing some of my favorite new "finds".  Sure, they may not be brand new; they may have been around the block before.  But not my block - they are new to me! 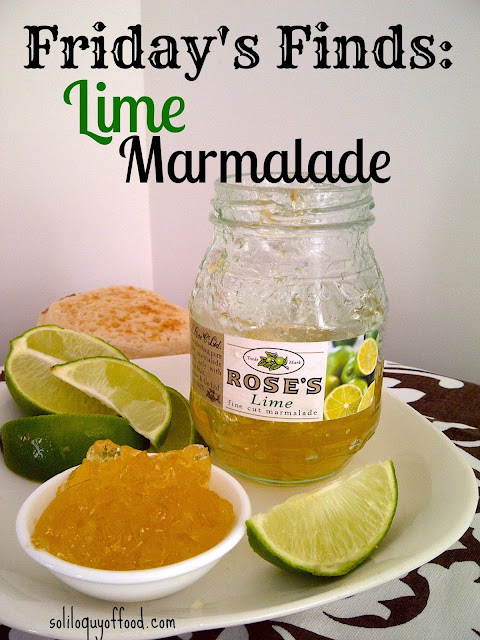 I have always chosen jam/preserves or jelly for my toast; rarely have I ever opted for a marmalade.  Until now, orange marmalade has been the only variety I have ever tried.  How have I lived?!?  If you like lime, then try and find a jar of this...seriously, it's that good! 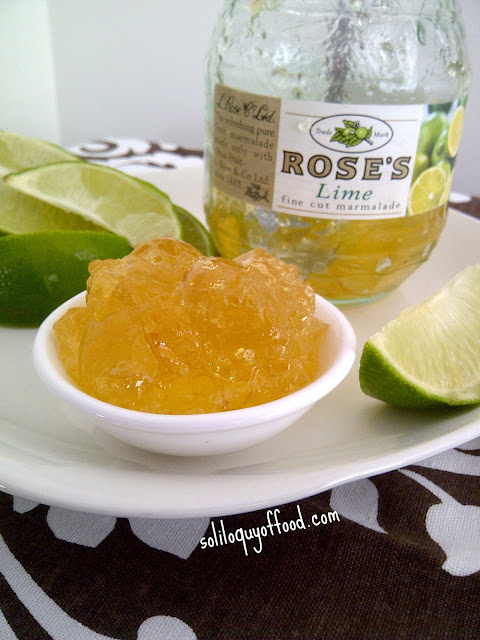 It definitely has a less overpowering sweetness compared to most other jellies/jams/preserves.  Compared to a jar of raspberry preserves that I have, this marmalade has about 20 less calories, and 2.5 grams less of carbs ~ based on a serving size of 1 TBS (15ml).  It's still sweet, but the contrasting sourness from the tangy lime is astounding!  Perhaps that's from the peel being incorporated into the marmalade, for that's what makes a marmalade a marmalade:  a preserve made from the fruit and peel of citrus fruits, boiled in sugar and water. 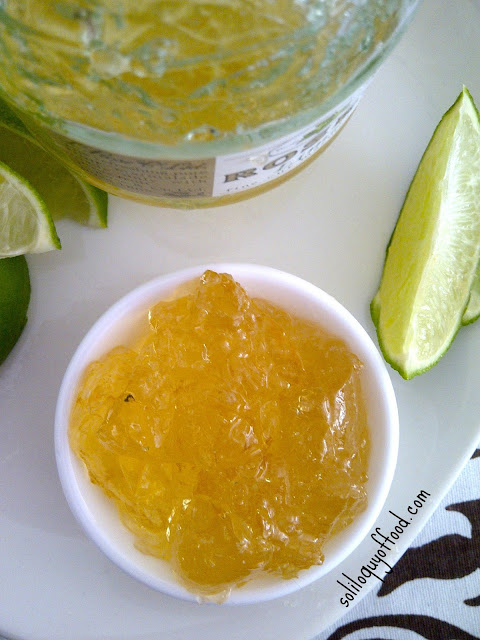 I found this jar at "Brits" a British import store in Edmonton, AB (remember this post?).  I hoarded it away in hopes to make cookies or bars with it......that didn't happen.  Why, you ask?  Well, the old man tore it open, like a savage, tasted it with a spoon, rolled his eyes into the back of head for a few seconds, then came-to proclaiming "this is the best s&*% in a jar I've ever had!"  There was no going back after that. 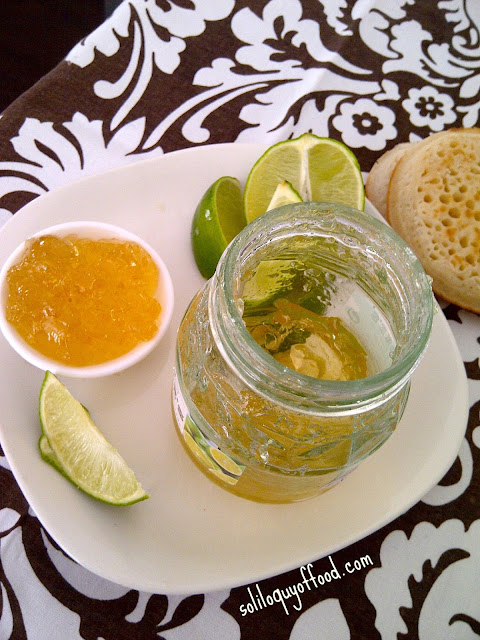 As you can see, the jar is almost gone.  If I don't find another jar soon, our tea and crumpets just won't be the same.  I have actually seen it available in some grocery stores here in Canada; I know that in the USA,  Rose's lime juice and grenadine is available, but I'm not certain if the marmalade is also.  Let me know if you find it!!

Email ThisBlogThis!Share to TwitterShare to FacebookShare to Pinterest
Labels: And Such, Fruit, Jam/Jelly/Preserves, Peanut-Free