It's Canada Day ~ July 1st, 2013!!  So, I am sending love out to Canada today, especially Calgary, Alberta.  I am also doing a beer review on a few brews from Big Rock Brewery, located in Calgary....but first lets catch up on the situation there. 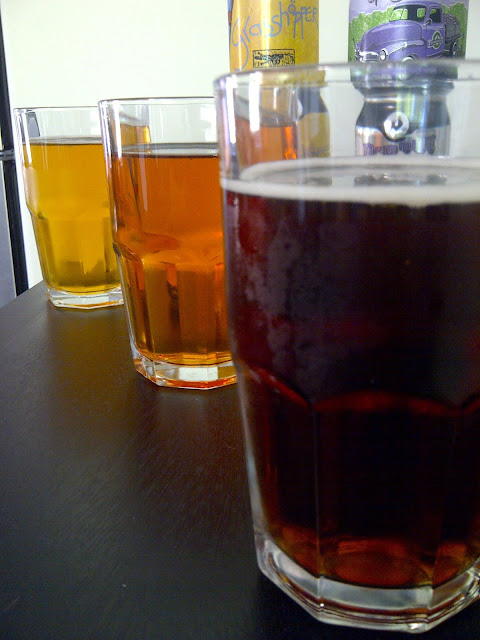 They were hit pretty hard recently with rising flood waters and emergency evacuations.  Now in the process restoring power and cleaning up the devastation, people are beginning to return to their homes and restore normalcy, those who were lucky enough to have a home to come back to, that is.  Thousands are still displaced, and will continue to be for a "significant period" (click here for newspaper article).

A Flood Rebuilding Fund has been created by The Calgary Foundation for:
"Basic human service needs, like shelter and food programs, will receive attention but The Calgary Foundation is also aware of need to focus on rebuilding neighbourhoods and public spaces, addressing mental health concerns and bridging the gap in funding shortfalls. These are just some of the ways the Flood Rebuilding Fund can support the overwhelming needs facing our communities." (source: thecalgaryfoundation.org)

We lived in Edmonton, AB - about 3 hours north of Calgary - but had the chance to visit there twice during out stay in Alberta.  Calgary borders the Rocky Mountains; the hills, vistas, and views nearby are breathtaking.

One of our favorite Canadian beers is brewed in Calgary at Big Rock Brewery.  They are offering a variety pack this summer; we decided to try, and in turn, support a local Calgarian business.  Now I am NO beer aficionado....I like, what I like.  So take my review with a grain of salt, as the saying goes. 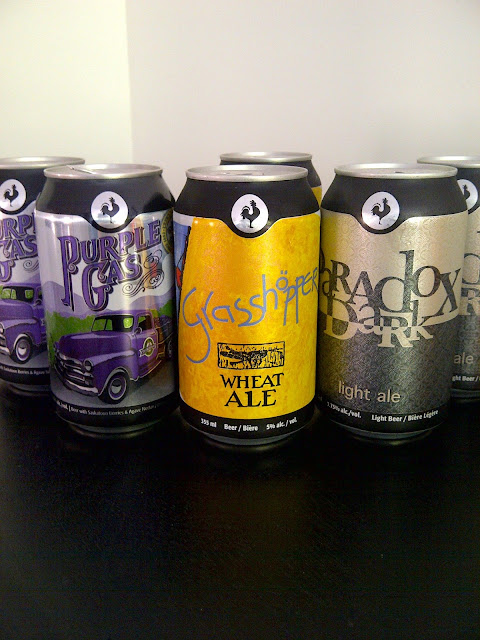 Starting with the darkest of these three beers, Paradox Dark (light ale) is described as"controlled anarchy".  Like its name, its description is an oxymoron.  Dark in color, light(er) in flavor.  It is the only dark & light ale I have ever had. It has some bitter qualities, as ales do, I found it to be smoother than most ales.  The alcohol content is lower that most ales, similar to that of traditional light beers....hence the paradox....hence the name. 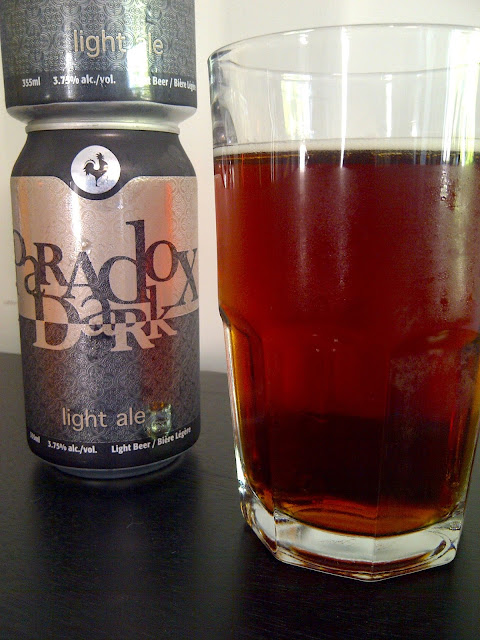 For Big Rock's description of this brew click here.  Of the three, this is the one I liked the least.  I wouldn't mind drinking it, but it wouldn't be my first choice.
~~~~
Next up, Purple Gas Ale.  This is flavored with Saskatoon berries.....I have never had Saskatoon's, they are similar to blueberries, and will be in season very soon here in Saskatchewan.  I'm going to try them soon, I'll keep you posted. 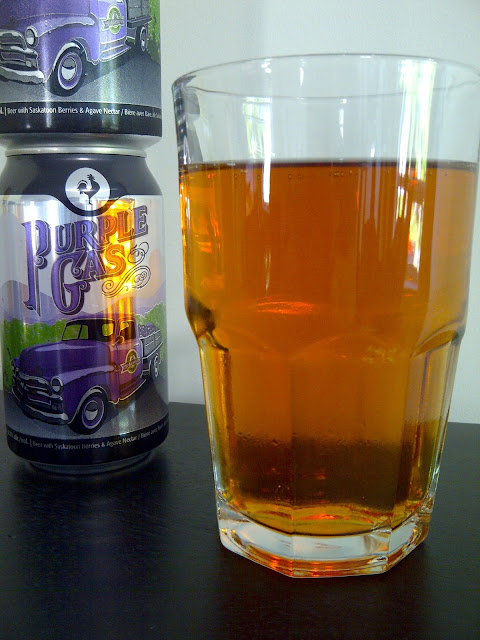 This is a wheat ale; I tend to gravitate towards wheat-based beers...needless to say, I really liked this one. The berry flavor is subtle, not overpowering like some other berry infused ales.  Apparently the berries themselves lend a bitterness, so Big Rock finished this brew with a touch of agave nectar, as decried here.  This was very mellow and smooth, with a subtle sweet/berry aftertaste.

Next, Grasshopper Ale, another wheat beer.  Upon first glance, I assumed it was a lager, as it has a clear golden appearance.  Then I took a sip...definitely not a light watered-down brew!  Comprised mostly of wheat with a blend of barley and just a touch of hops. 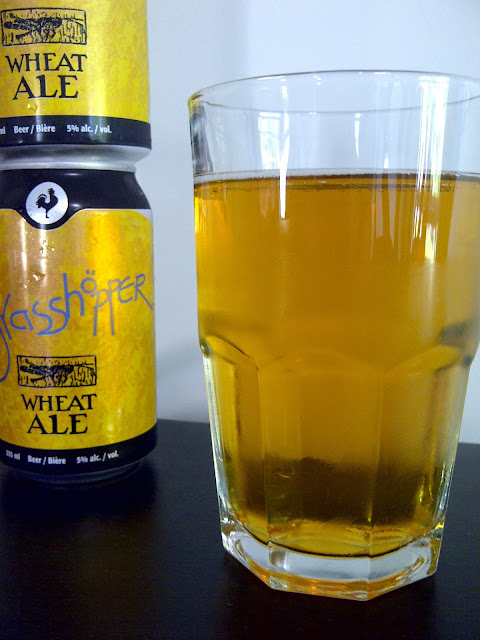 This is very smooth and light, with a nice crisp aftertaste, a very well rounded ale.  It's usually served with a lemon wedge to compliment these characteristics.  For a professional description, click here.

These Canadian beers are definietly worth trying, if you can find them, or if you visit the Great White North, keep them in mind.

Please visit my LINK PARTY page to see where I have shared this post.
Posted by Unknown at 3:46 PM

Email ThisBlogThis!Share to TwitterShare to FacebookShare to Pinterest
Labels: And Such, Drinks, Know Your Food