Caramelized.  Onions.  The possibilities are endless. 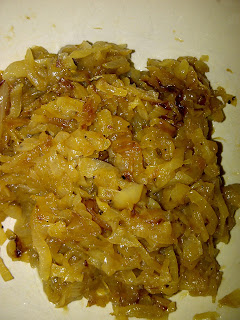 They can be added to your favorite Mac N' Cheese recipe or served over Buttered Egg Noodles...They could be the base for French Onion Soup, better yet, French Onion Grilled Cheese.

I picked up four large softball-sized sweet onions and ran them through the food processor.... 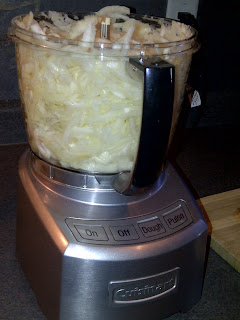 Then I mounded them into my largest skillet with salt, pepper, sugar, bay leaves, butter & olive oil over medium heat.  I gave them a quick toss and let them sweat out for about 30 minutes. 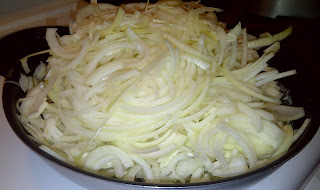 At this point they were starting to get some color to them; I kept flipping and stirring the onions every 10 minutes or so.  After about an hour (total cooking time), they were golden brown and lovely. 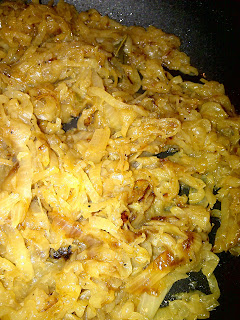 Now deglaze the pan with either beer or wine. (I use red wine when making French Onion Soup) and cook until all the liquids have been evaporated.  If you don't want to use alcohol, apple cider or beef stock will work.

This will make a double batch of onions, just over 3 cups.  Divide in half and freeze some for later if desired. 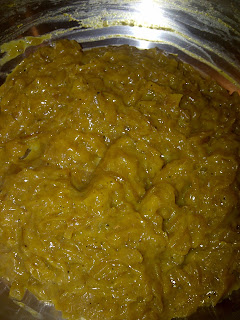 I deglazed the pan with some Sammy Adams, let that cook out, then added 2 TBS Yellow Mustard & 2 TBS Maple Syrup and cooked a couple minutes just until thickened. 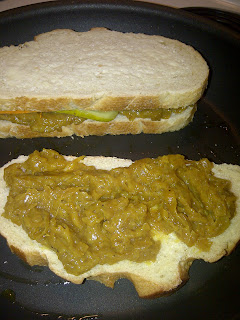 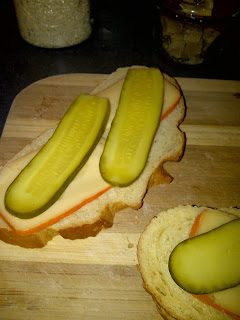 and grilled until golden. 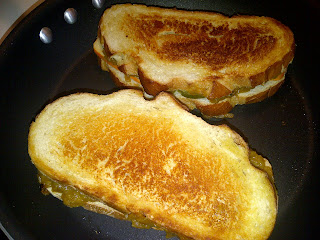 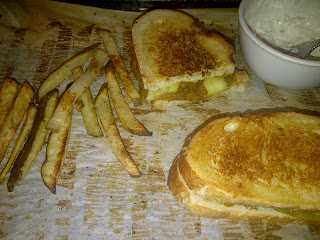 This was the BEST sandwich S. ever had....and he's had a LOT of sandwiches......and it was VEGETARIAN.....and he didn't even notice (football was on).  We had it for lunch and dinner last Sunday.

Heat olive oil & butter in a large skillet over medium heat.  When butter has melted and starts to get foamy and puffy add onions, sugar, salt, pepper & bay leaves.  Toss to coat the onions and let cook down stirring occasionally until they begin to turn golden brown, about an hour.  Deglaze the pan with beer or wine, cook until liquids has evaporated.  Remove bay leaves.